A whisper in the darkness...

In the center of the crater where the comet smashed into Mordheim, rests an entity known as The Shadowlord, the master of the Cult of the Possessed.

The Acolytes of Truth spreads the word of The Shadowlord while gathering shards of Wyrdstone to empower their lord, helping him get back to full strength. I see them as the arch rivals of my previous Witch Hunter warband.

When building the cultist brethren for this warband, I wanted to mix my newfound aesthetics with the classical models, so I knew I wanted pointy hats and robes, along with my trademark Cawdor cowls.

The models are mainly based on Delaque from Necromunda with all belts and armour scraped off, then greenstuff to blend them together as well as adding arms from the Skitarii range. The heads were sculpted from Cawdor heads as well.

I knew that I had to build a Darksoul for the warband, and what model other than the Lord of Plagues would fit the bill for this conversion?

I wanted low-key mutants, so one have a tentacle instead of an arm which is easy to hide, the other one have acid blood so no visible mutation is seen, but their hoods differ from those of the other cultists, showing their wicked grins.

The Possessed was a challenge, since I really wanted a Cthulhu-esque feeling to him, but as soon as I saw the body of Gutrot Spume I knew I had to base the model on him. The Weirdnob Shaman from the Ironjaws AoS tante really helped giving him an inhuman pose.

The magister himself is based on an old model from an  older warband, and both are based on each version of the changeling. I wanted the magister to have a sinister feel, like he was connected to his deity not only through his soul but also his body, giving him a somewhat odd shape and weird tendrils going out from his hood. The book he holds is obviously a homage to The Evil Dead series. 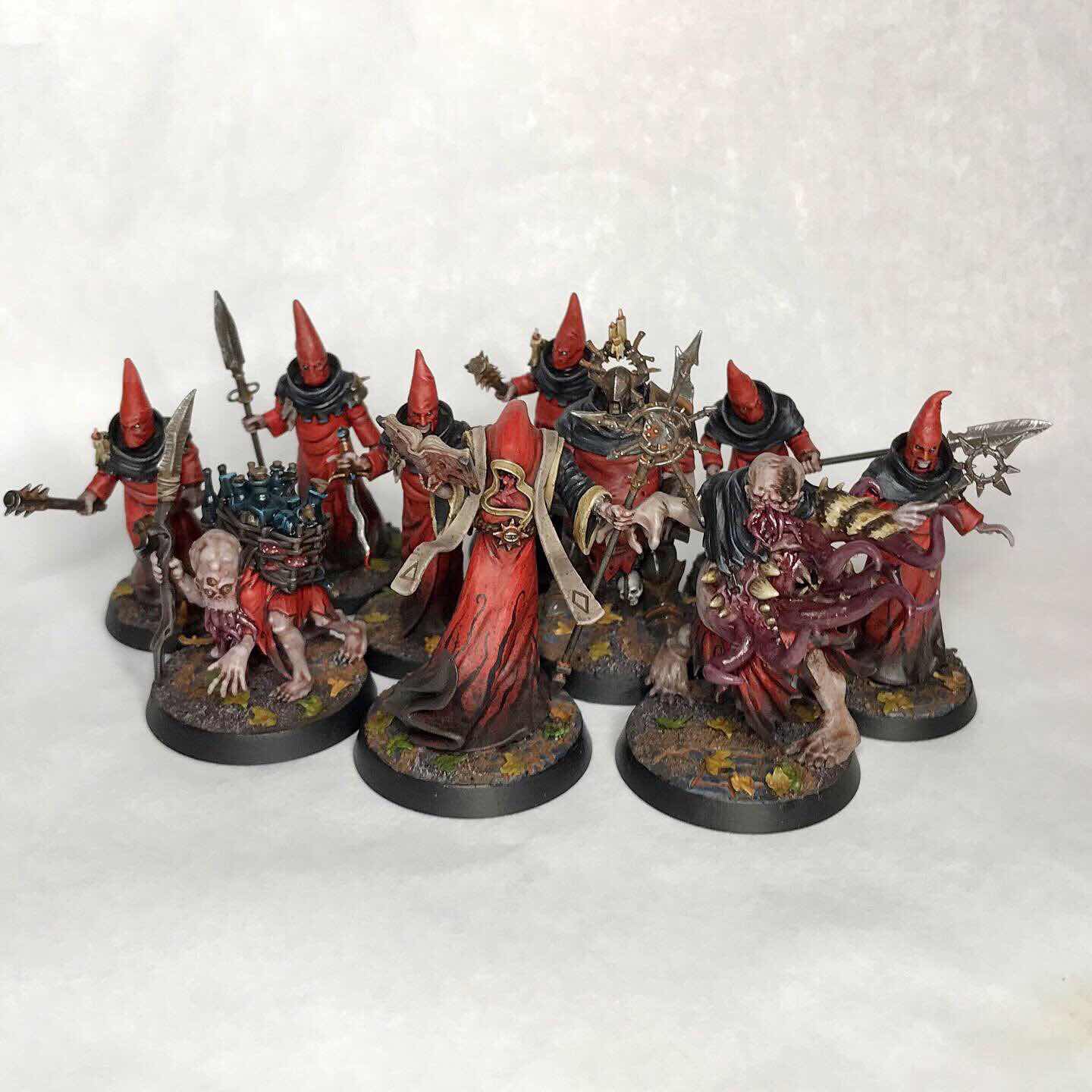 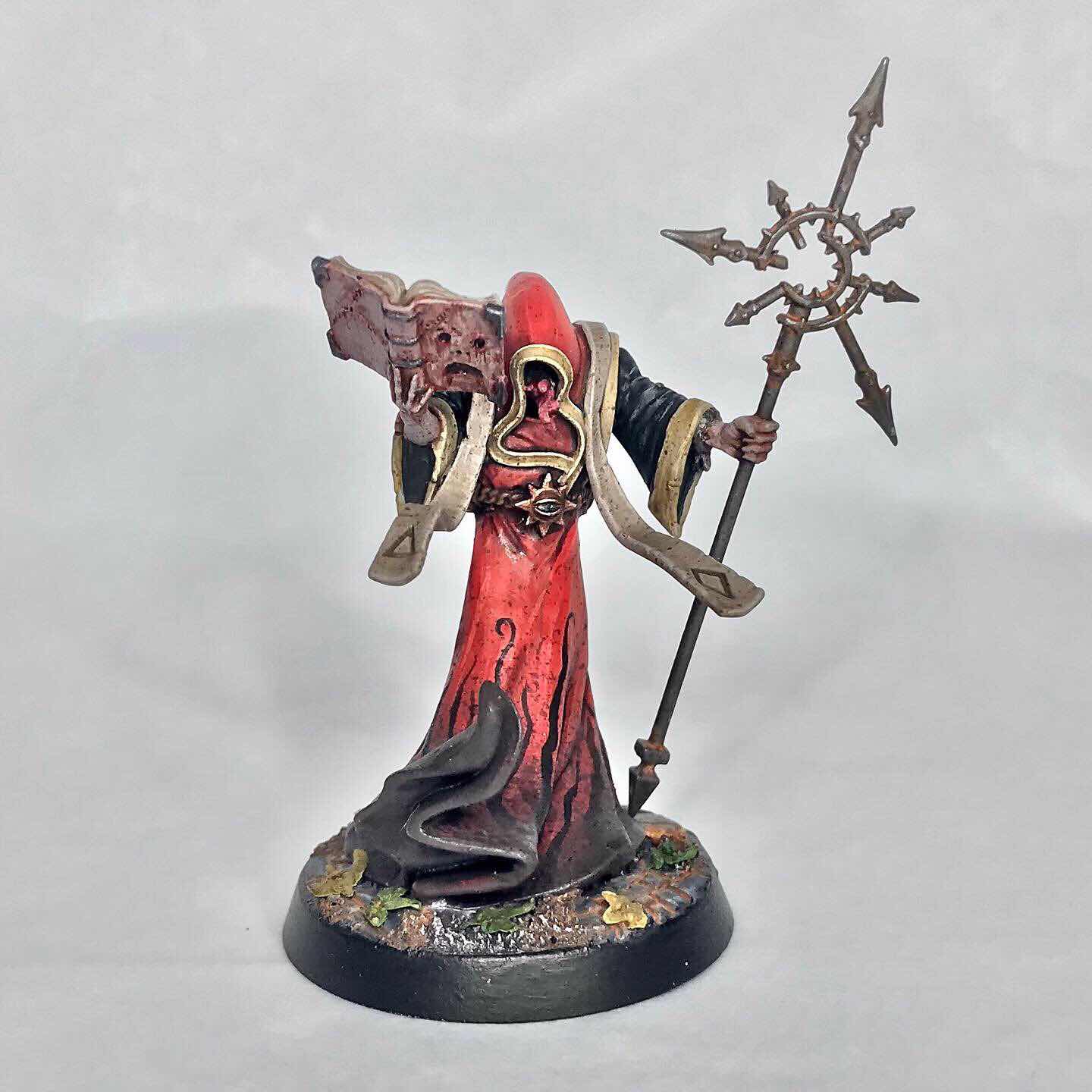 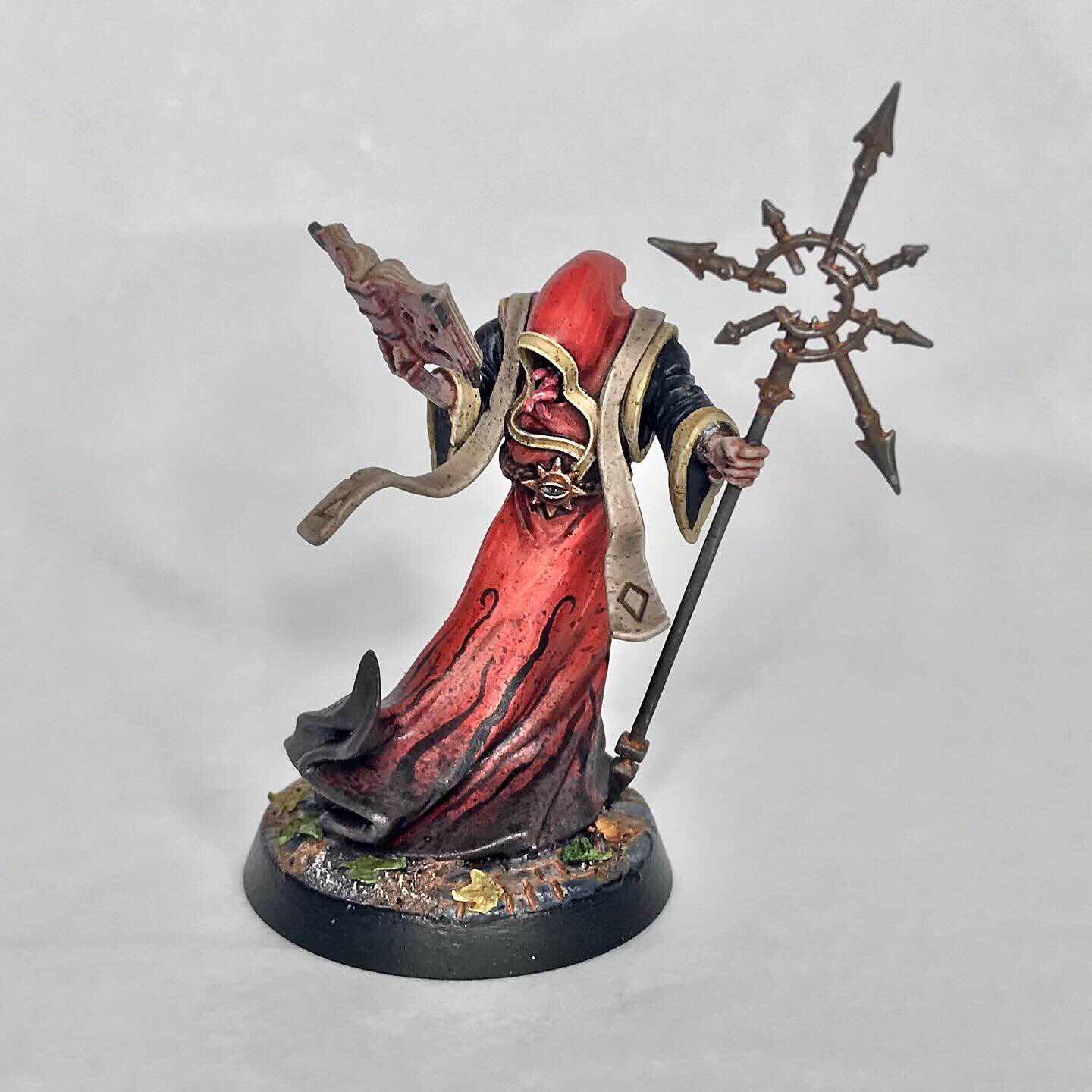 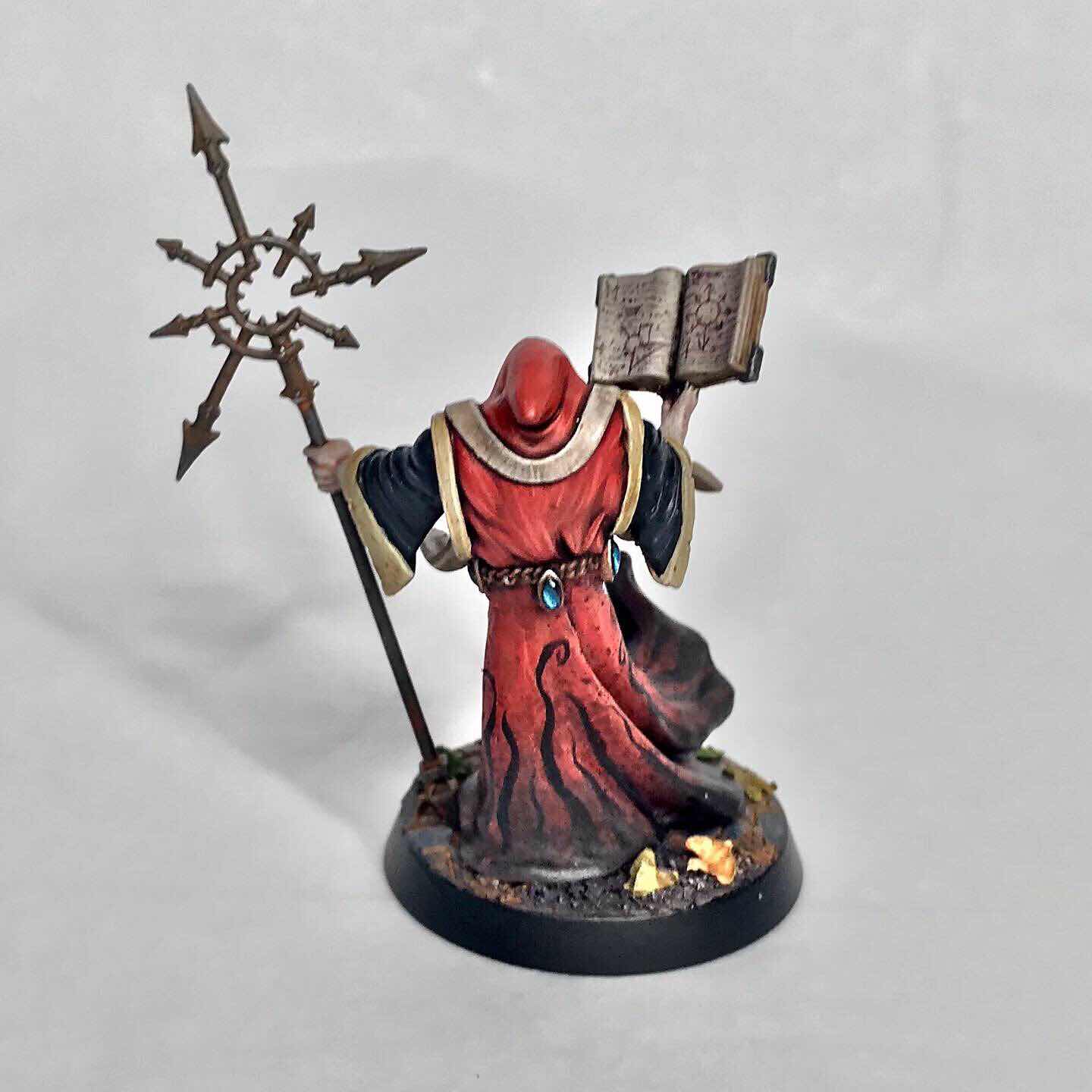 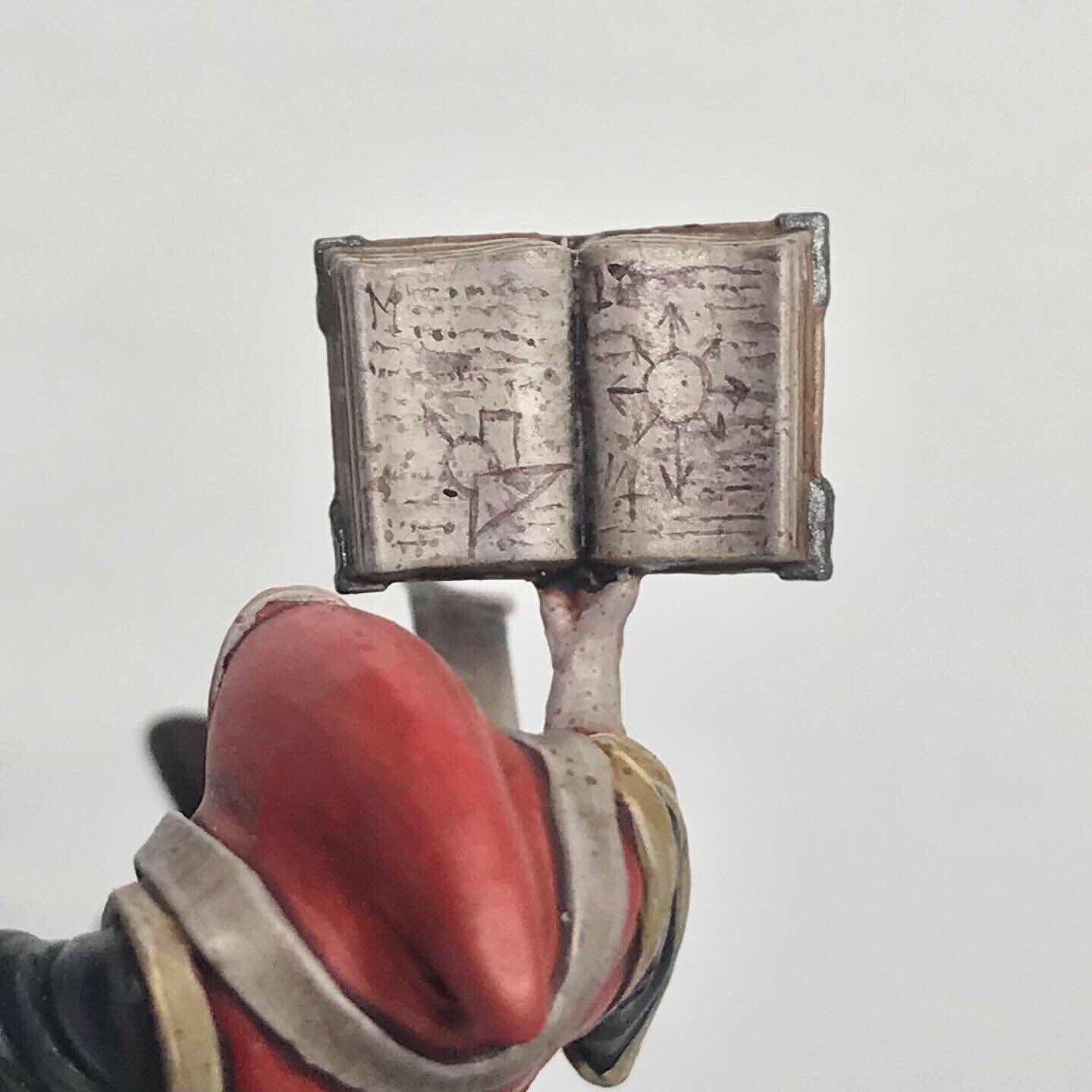 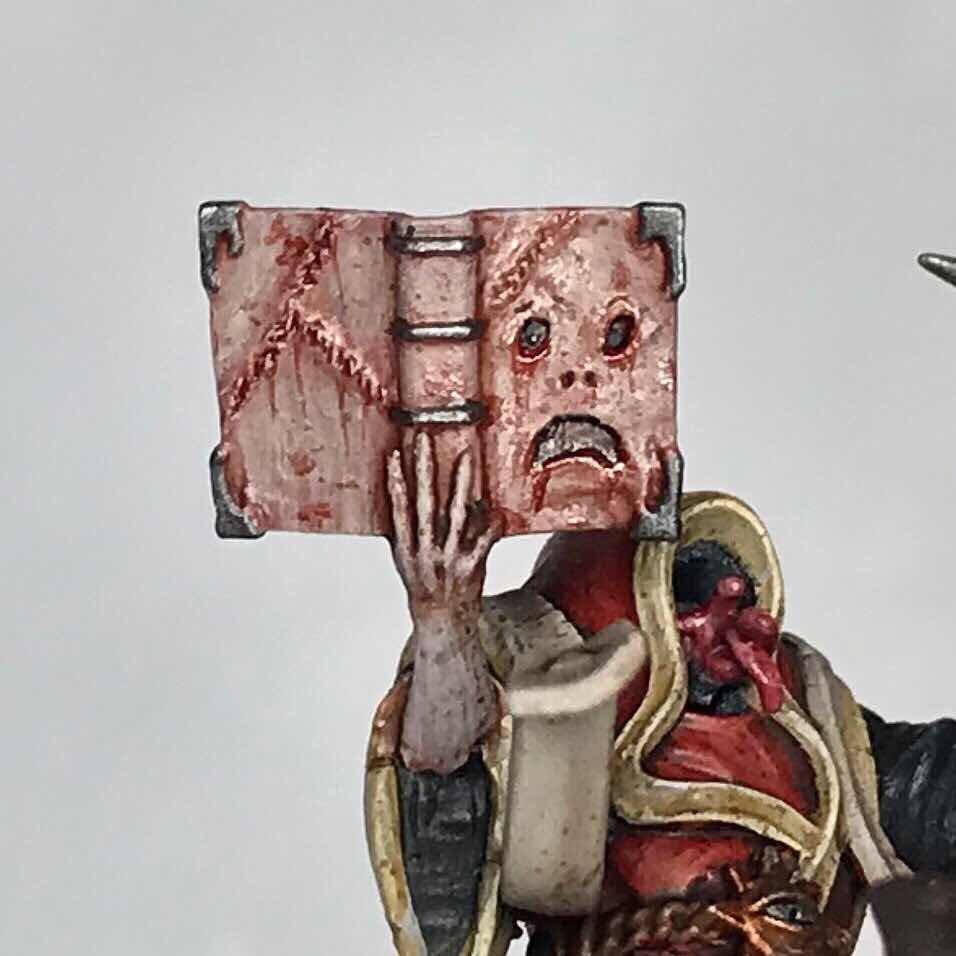 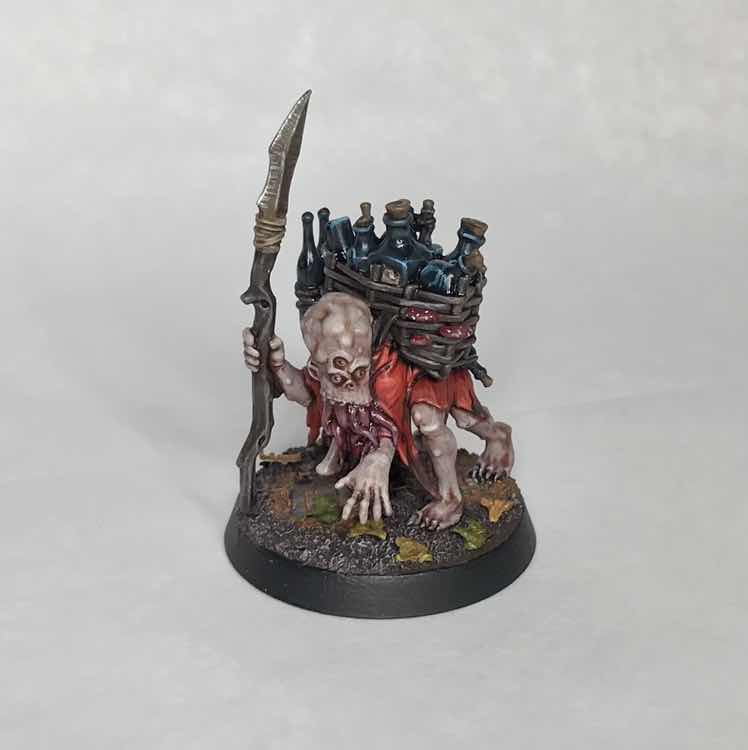 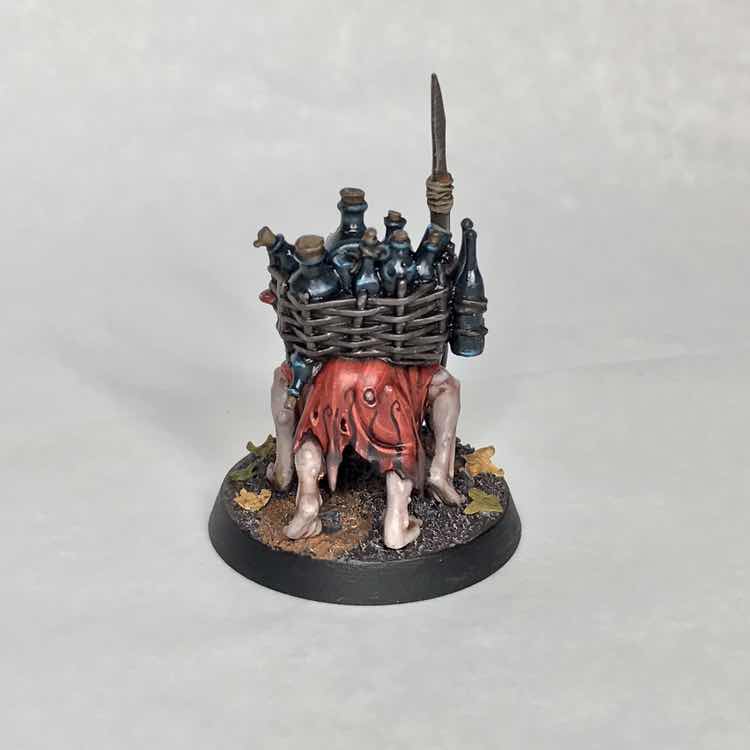 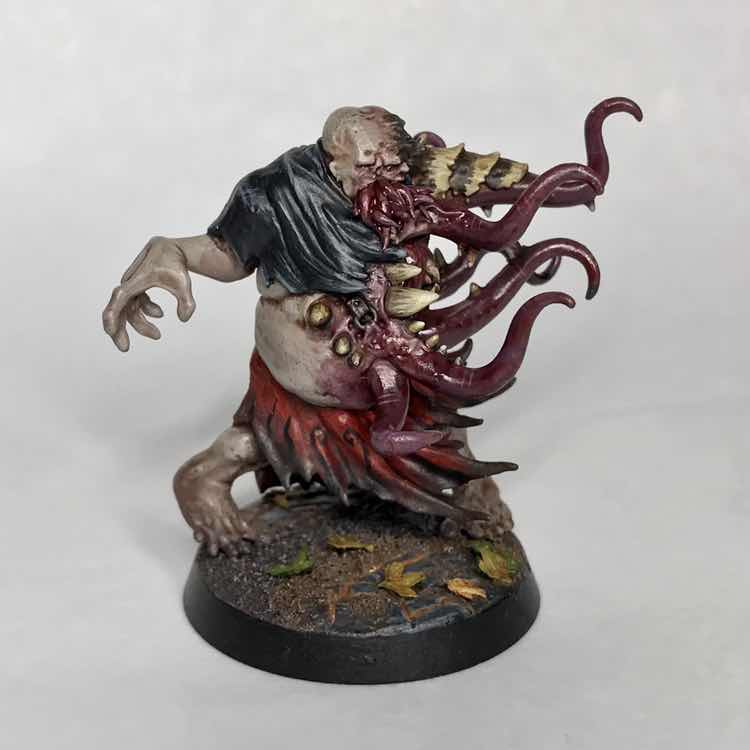 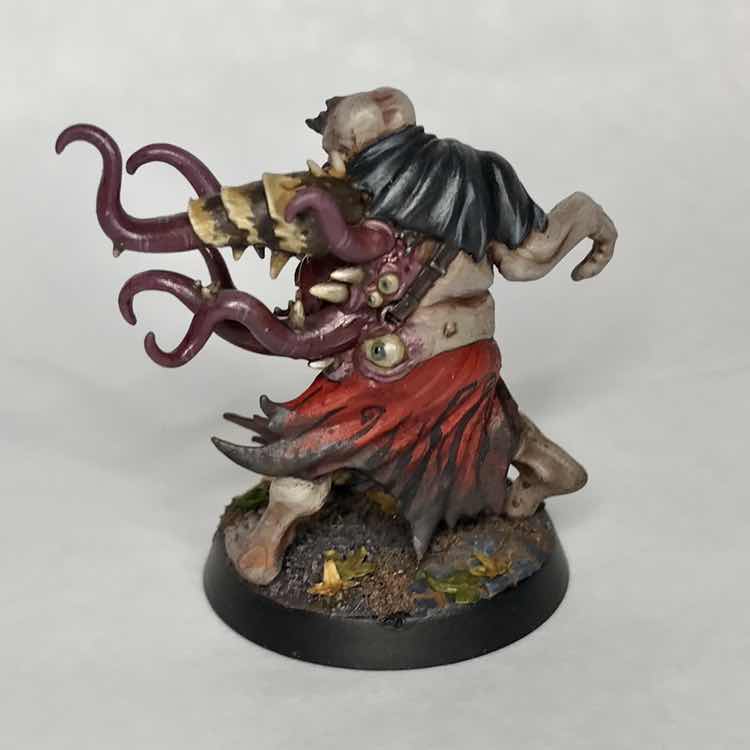 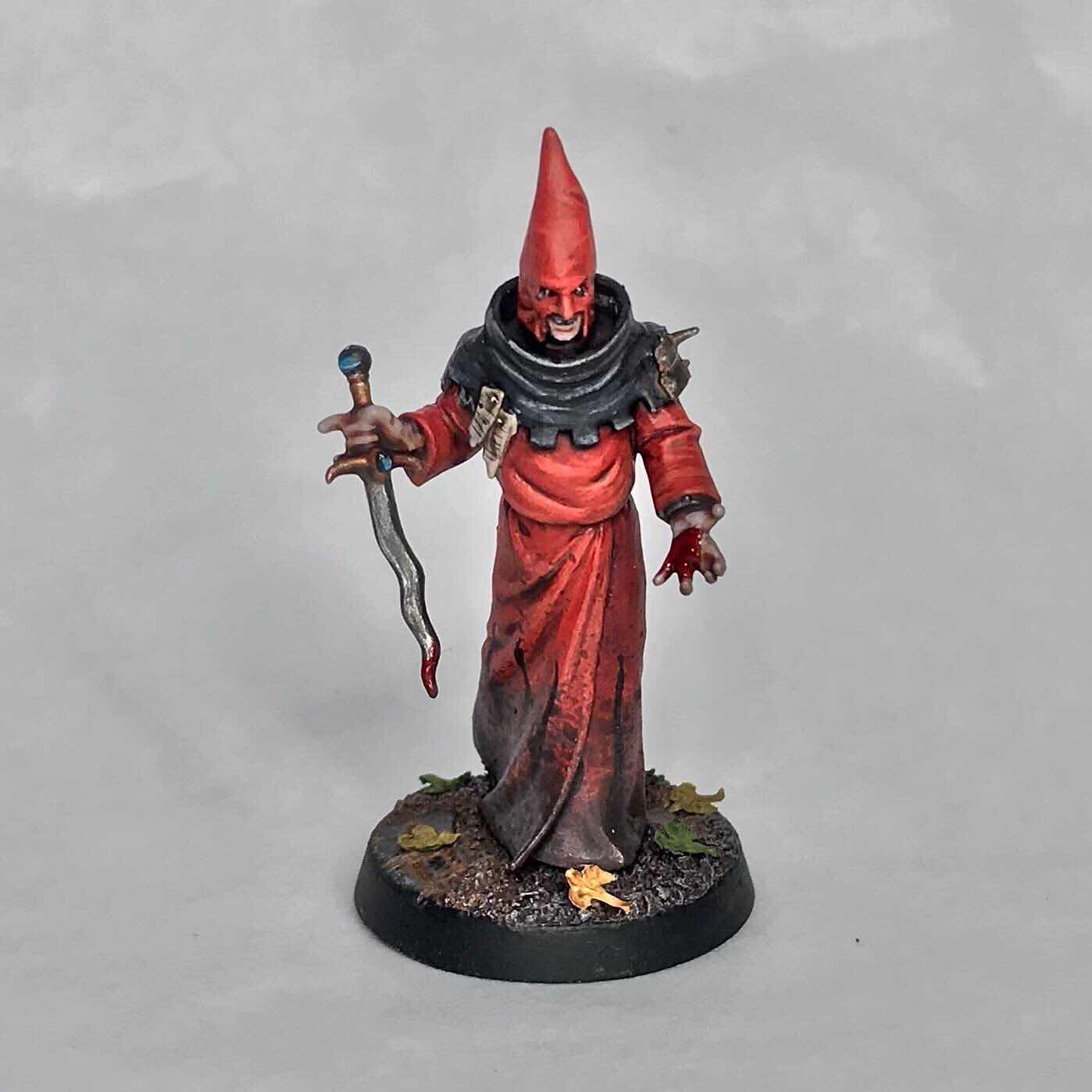 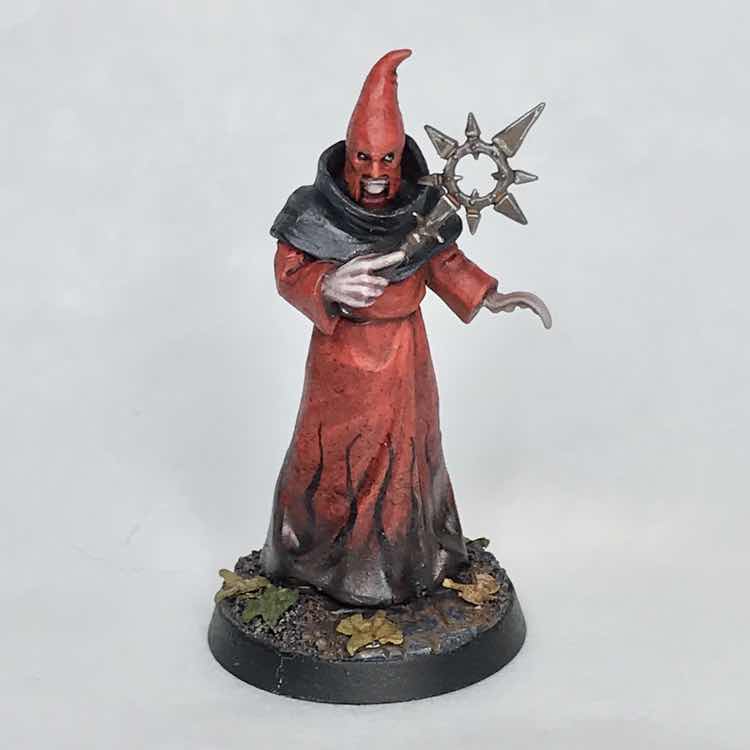 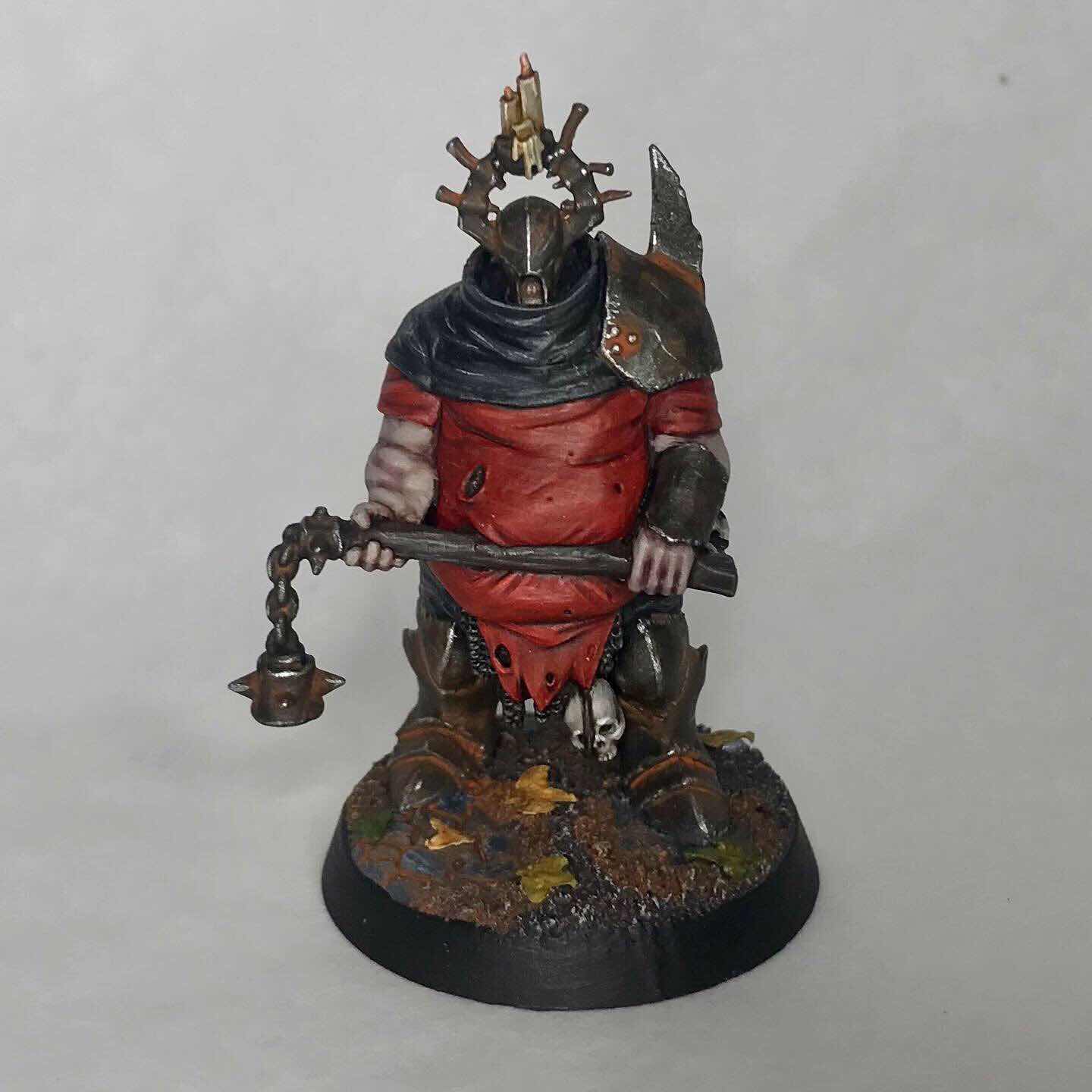 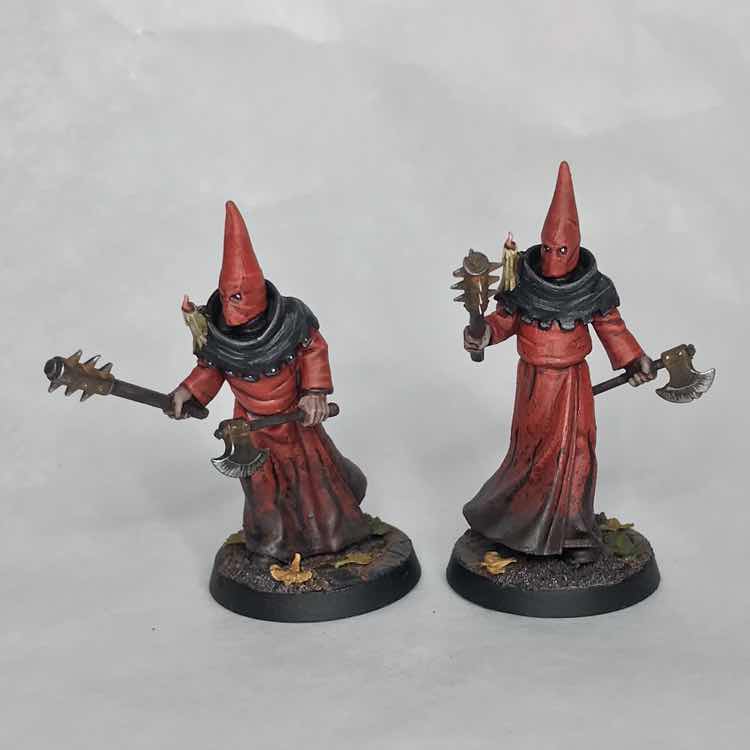 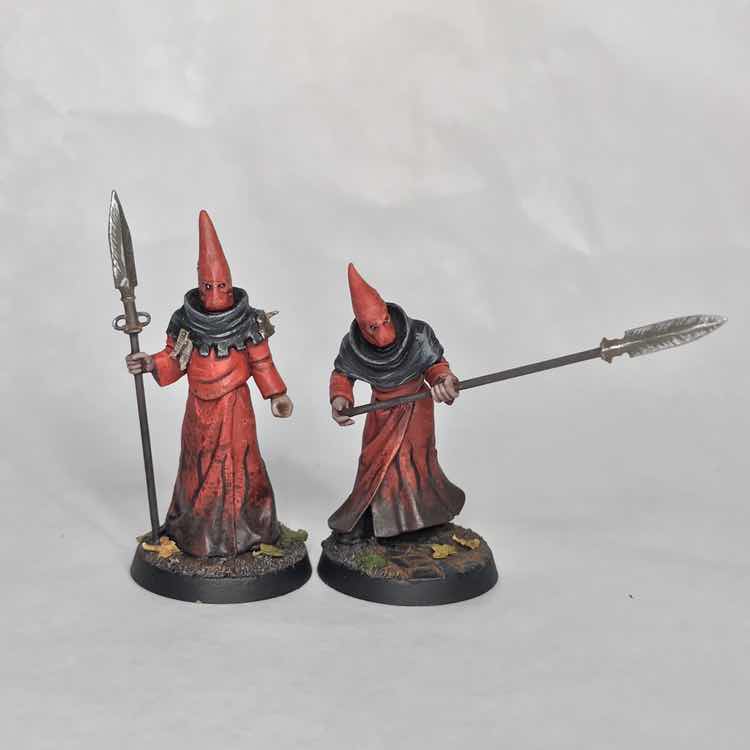