I recently finished writing a new experimental Mordheim warband, and with some help through the community I’m almost finished with the rules, all I need to do is play test them through a campaign, hoping that they aren’t underpowered or overpowered, I want them to be fun to play with and against. 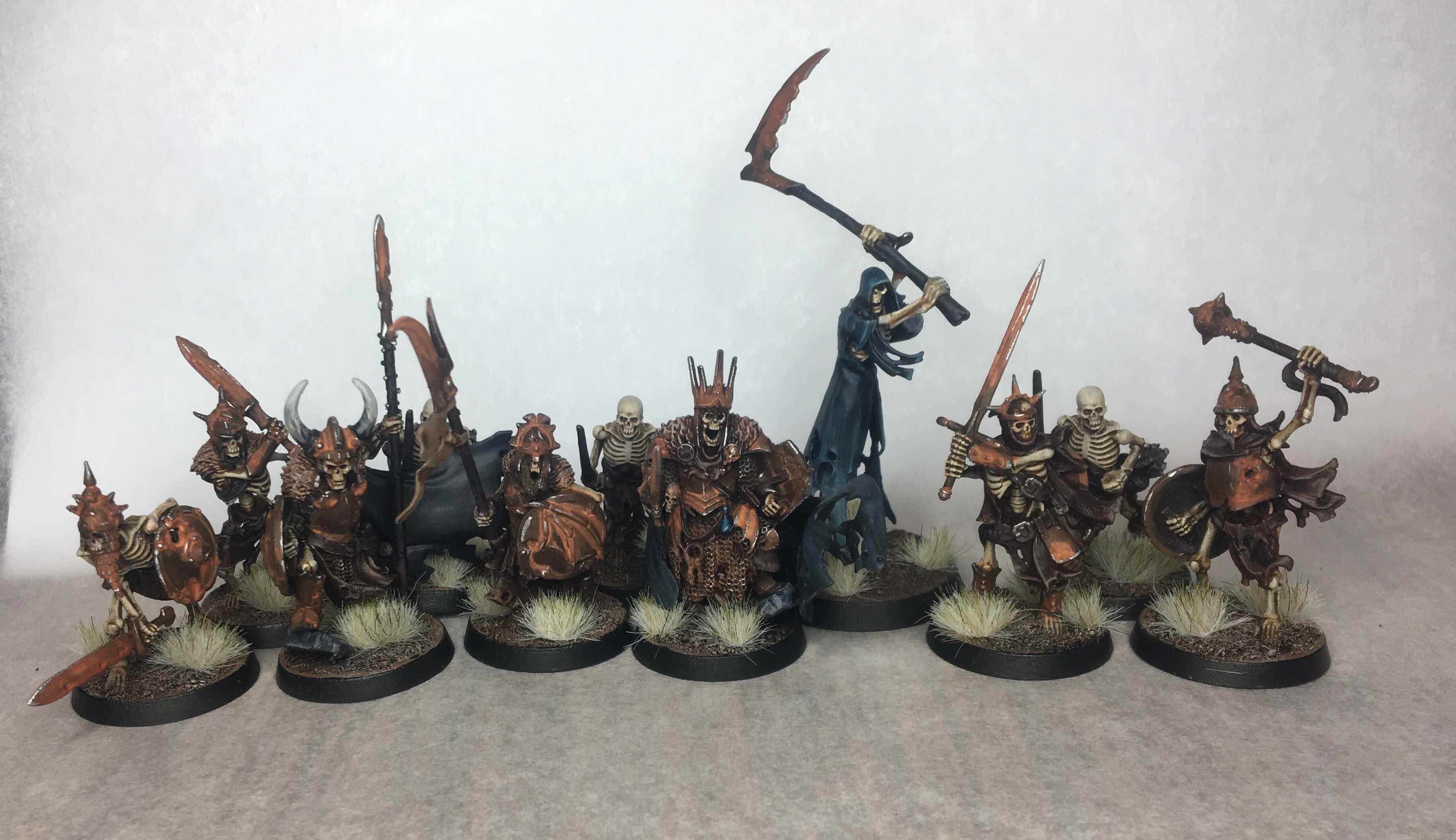 The main idea with the warband is that tombs and barrows that have been desecrated, had their protective charms stolen or broken or the like, have their inhabitants resting uneasy, and are easily affected by dark magic.
During events such as Geheimnisnacht, when the green moon Morrsleib, made of pure wyrdstone, shines bright, the dark magic in such places can seep into the bones of the dead, and fill them with a parody of life, pulling the souls of the dead back to their bodies, walking the earth again.
There are other undead warbands in Mordheim, the “Undead” warband in the core rulebook led by a Vampire and his minions, another is the “Restless Dead” from the unofficial supplement “Bordertown Burning”, but both these warbands have living creatures in them, and the dead are animated with necromantic spells, I wanted something like a “natural phenomenon” if you could call it that, to have woken the dead.
Anyhow, once I’ve finished the layout in my rules PDF I will upload it and share it, meanwhile it is available on the Mordheim Facebook group.
kl. juni 23, 2018 Inga kommentarer:

Blast from the past: Mordheim Battle Report, Broken Contract

Scenario: Surprise Attack.
Players: Jimmy Henriksson and Emil Carlsson
Setting: Empire in Flames
The Story:
Giovanni had traded with Jarl Bereolf many times, the chief of a very southern Norse village. Both had swindled the other countless times in the past 15 years, but the trading yet continued, for they were men of business deep down, and it was all within the written contract.
But today the very first strike was blown, Jarl Bereolf attacked Giovanni and his merry Marienburgers at the crossroads between Sigmar Haven and Cutthroat's Den after having recruited some muscle for another go to the cursed city of Mordheim. 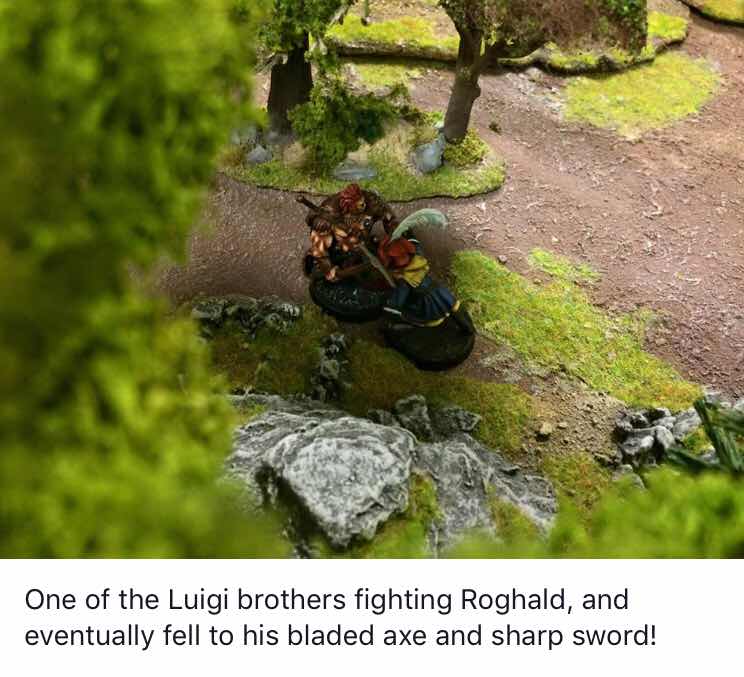 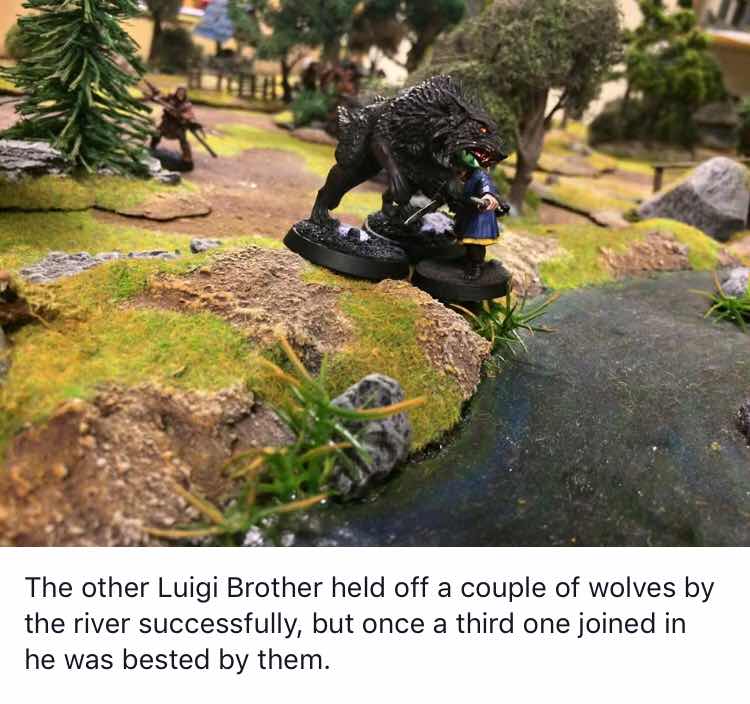 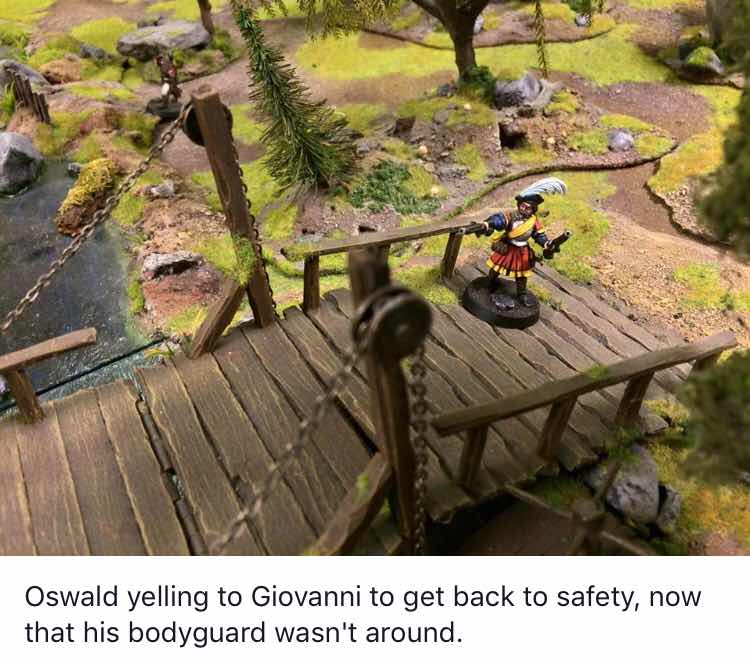 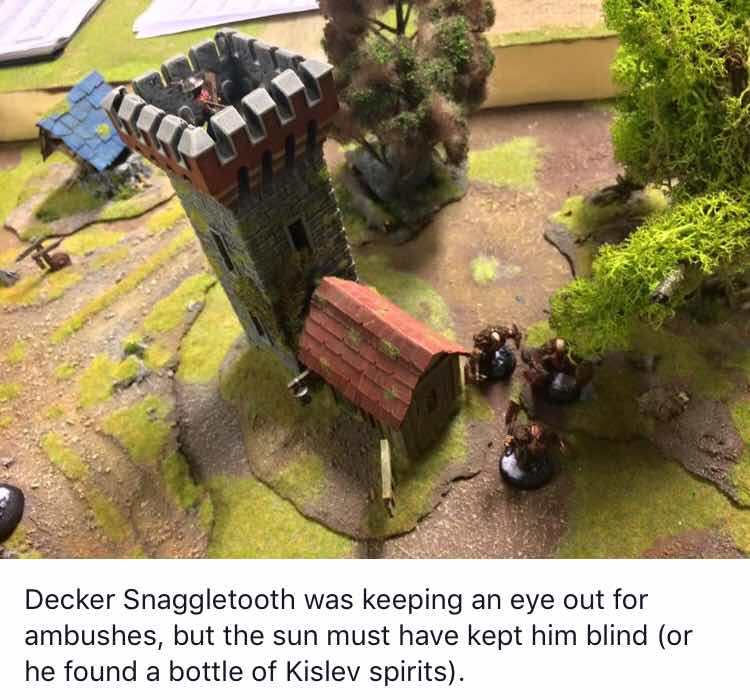 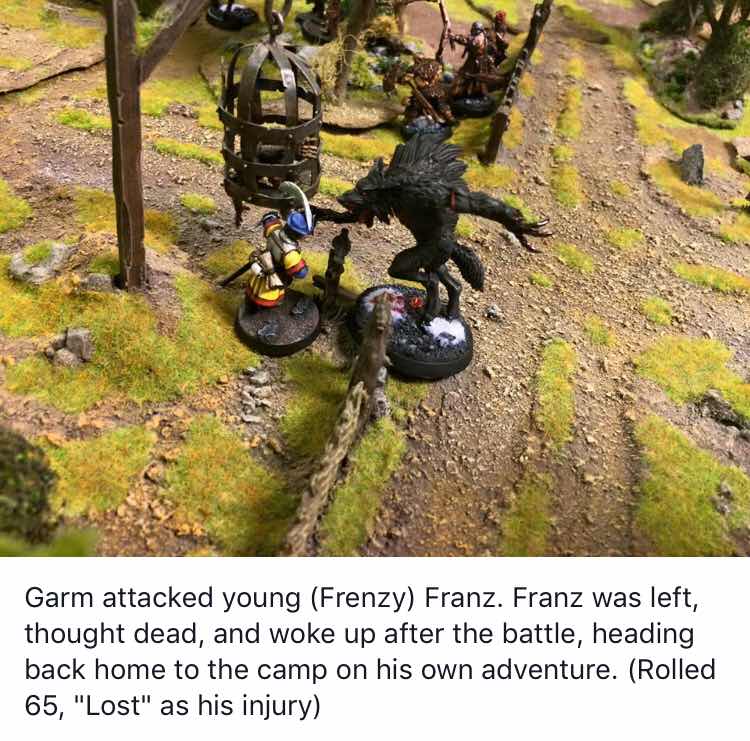 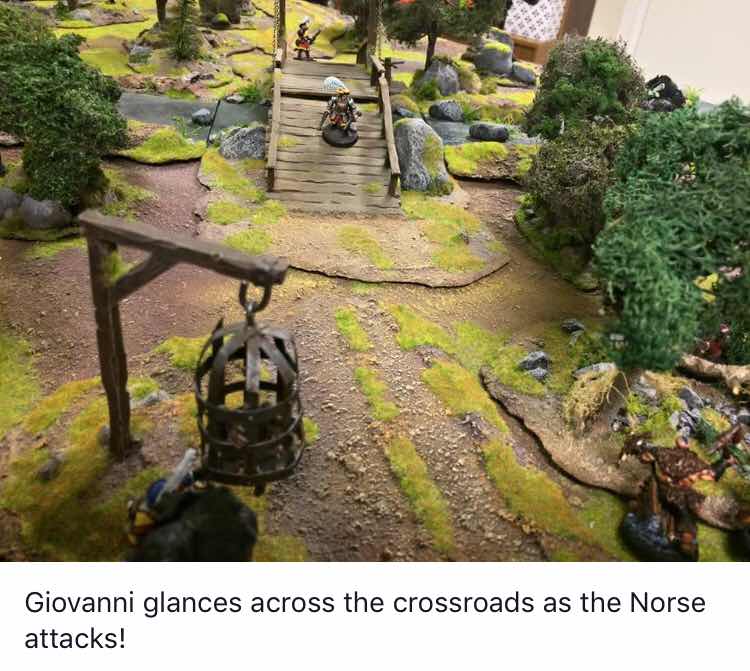 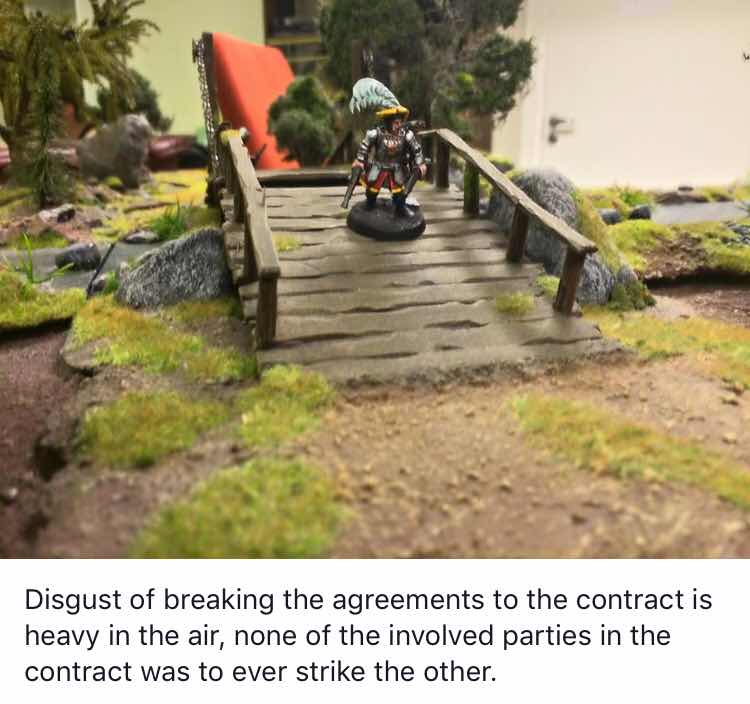 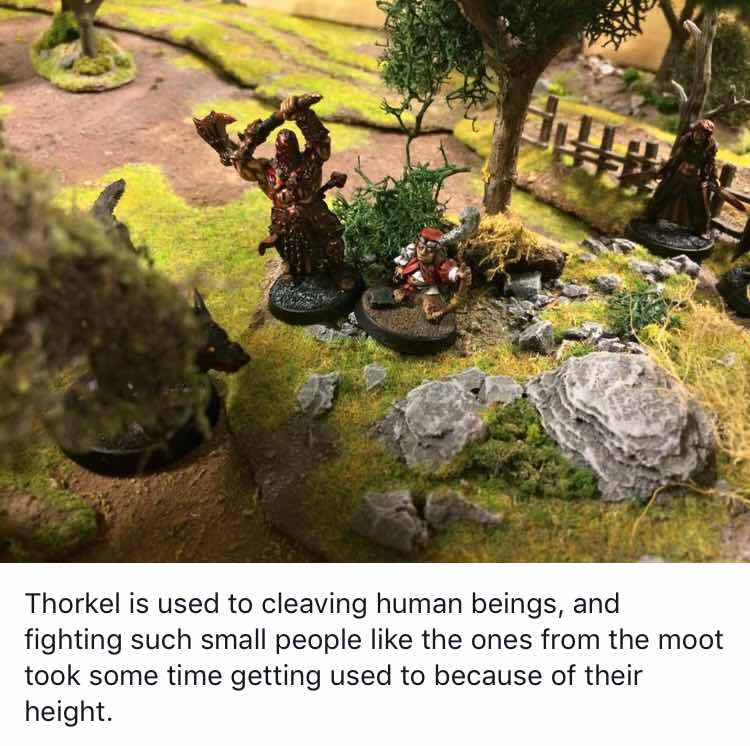 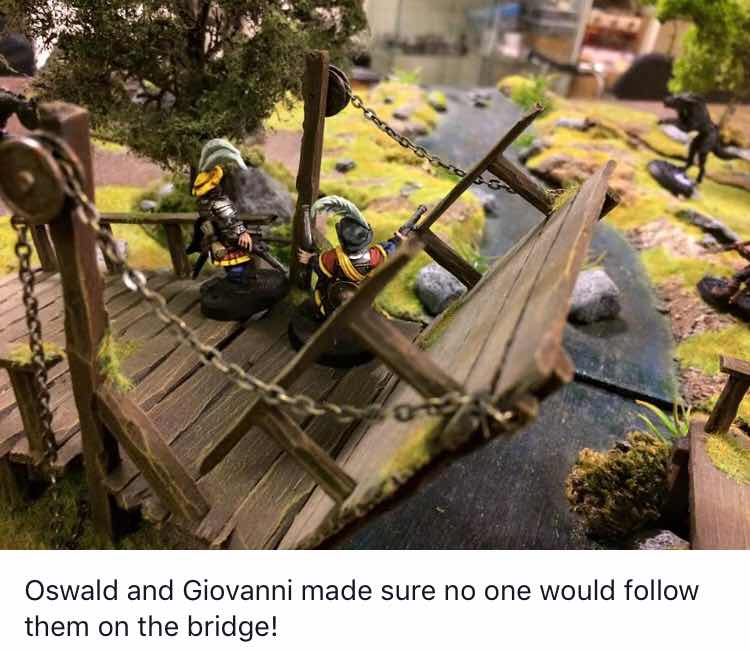 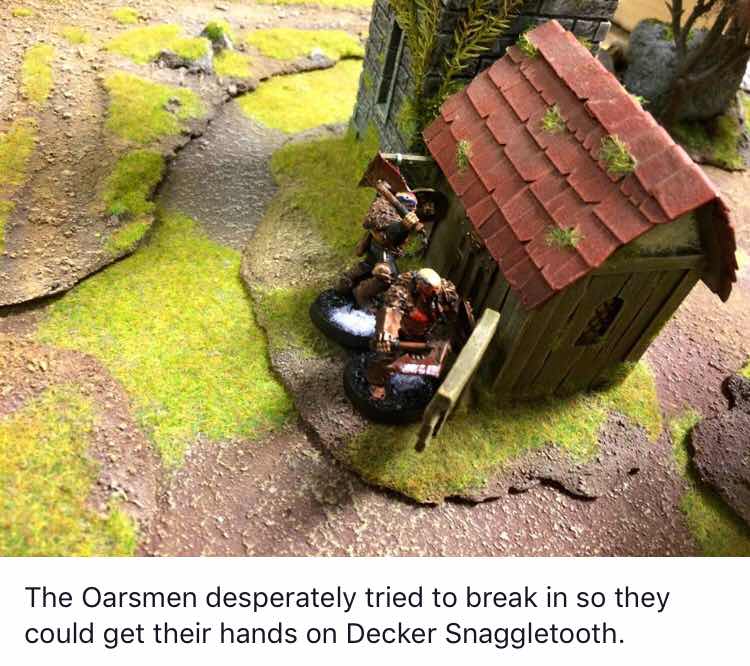 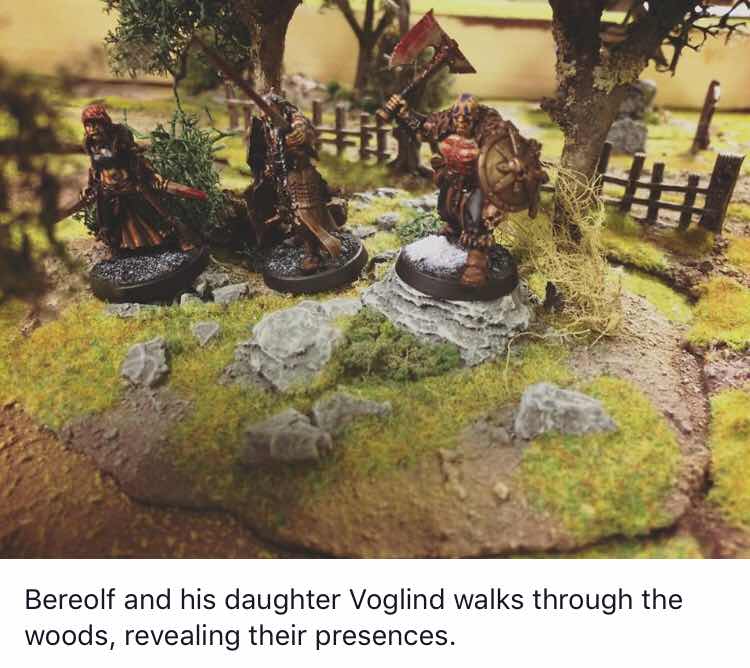 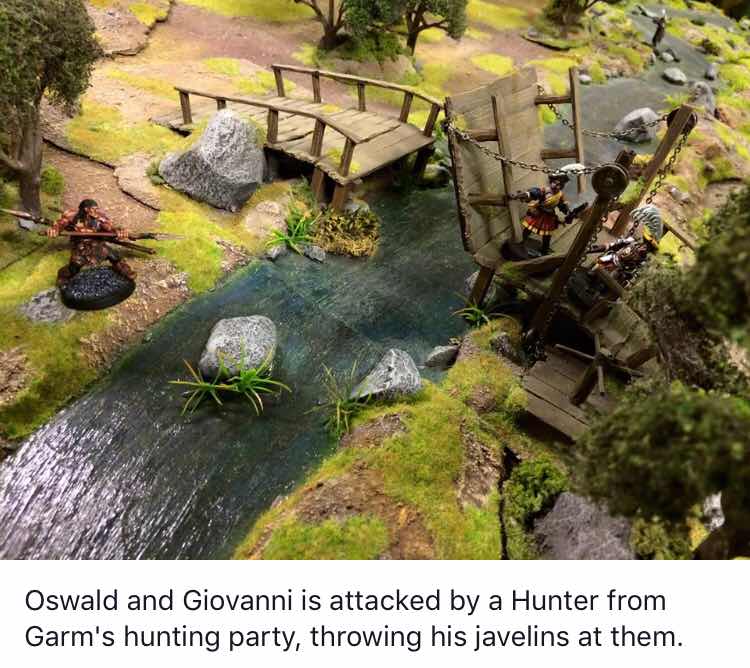 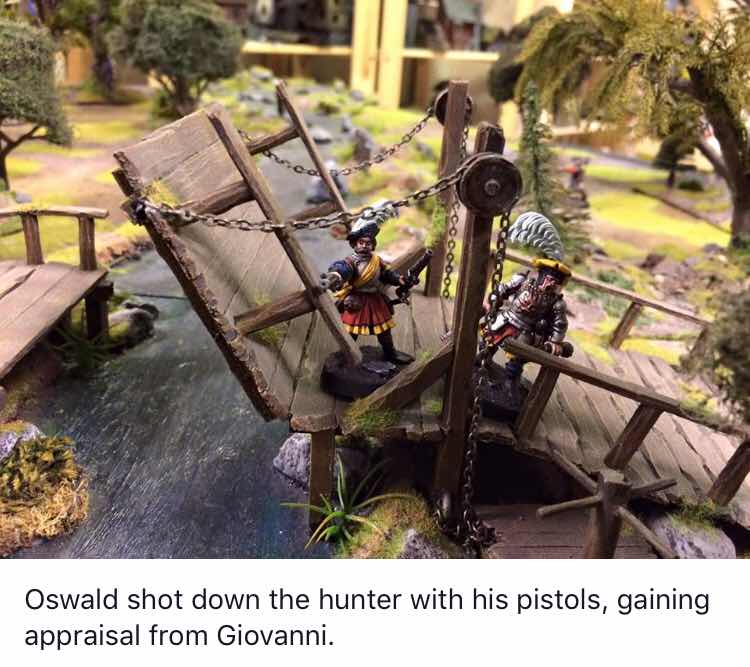 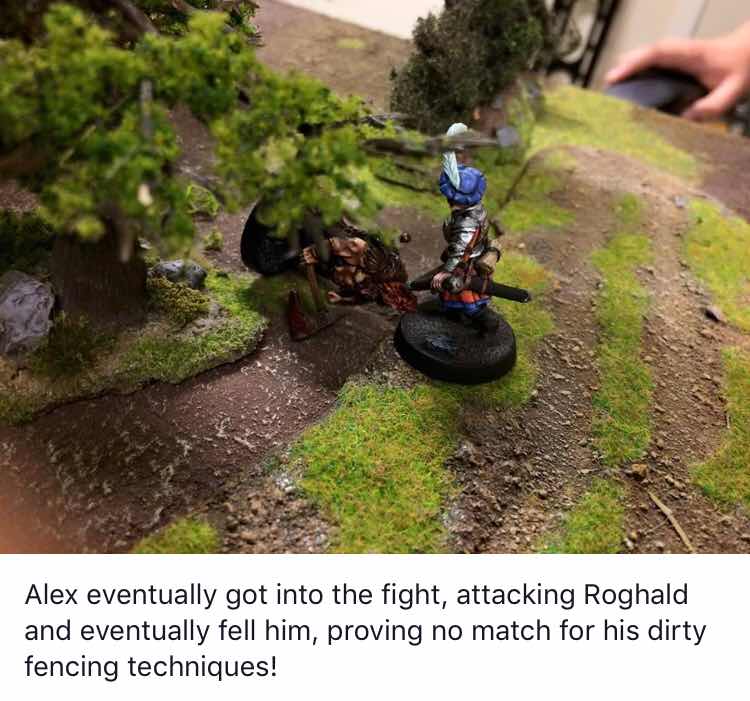 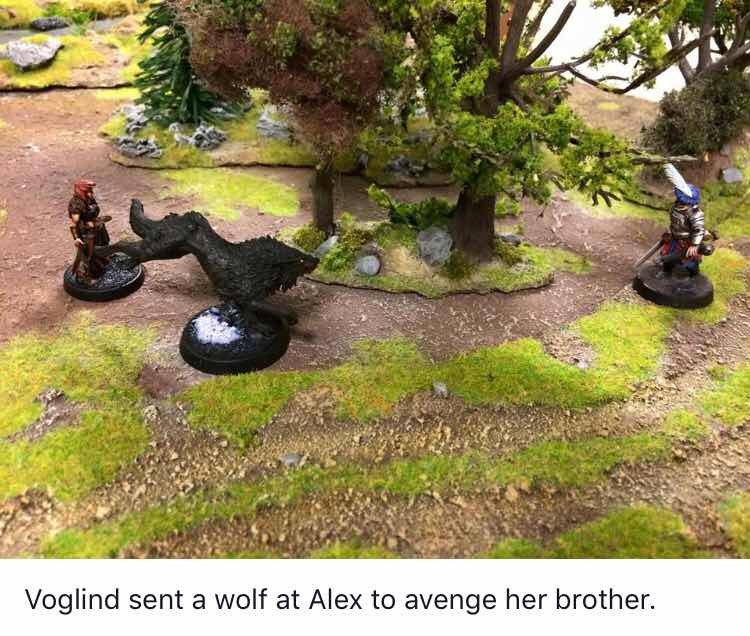 The information that Bereolf had gained was that a rich merchant was heading through this crossroad, and set a trap. He had never in his life had any intentions to ever fight Giovanni, but it was too late now, the trap was sprung, and the attack initiated!
Giovanni eventually caught Bereolf's eyes glimpsing at him from the forest. Thus was the contract between MTG (Marienburg Trading Guild) and the Jarnbotir Clan ripped to shreds, they would never trade again. And with that, Giovanni and his men fled down the roads back to their camp...
kl. juni 11, 2018 Inga kommentarer: