Time for a short break from painting Mordheim and building Skirmish warbands, and time to talk about something NOT in a skirmish setting, but rather rank-and-file, that's right, I'm talking about a return to Warhammer Fantasy Battles.

This return to the old world started for me when I built and painted an Orc Warboss, which I was going to use for AoS at first but playing in the Old World/The World that Was, but I stumbled upon a conversation that some friends had about Warhammer Fantasy during a 30K event I was attending to, and joined in the discussion, and showed them some WIP's on this model, this led to me along with these guys to start a Warhammer Fantasy campaign, being rather fluent about editions between 6th and 8th, using the edition which will most benefit our view on the battle.

This also grew into us 5starting a Podcast, "The Old World Lives", where we talk about everything of the Old World, be it games, books or miniatures, anything goes! You can find us on itunes, facebook and podbean. Come and check us out!
https://theoldworldlives.podbean.com/

Anyhow, this thrill of the old world is one I havent had for a long time, and I rebased the model before starting to paint it, and mounted him upon a square base to lead my Greenskins in glorious battles! I got reminded of my love for Fantasy and reawakened the boy within me who started to play this game, untainted by the kind of metaplayer or competetive armybuilder that I turned into in my early 20s when I frequently went to tournaments.

This particular greenskin is my 4th rendition of my Orc Warboss, Grizlag Ironfist, leading a nomad tribe of orcs and goblins, taking over smaller tribes or striking alliances while they pillage and raid their way from the Badlands up through Border Princes, where our campaign will be set.

My inspiration for the model comes from all sorts of artwork on Orc Warbosses through 6th edition Warhammer, mainly one in the 6th edition rulebook where an Empire General is striking his hammer against a huge Orc Warboss amidst the chaotic battle. I have always wanted a large orc warboss, so none of the existing models cut it for this model, so I looked for the largest one I could find, which was the Ironjawz Megaboss from AoS, but he was way too armoured to be a "common orc", and I wanted his armour to feel more like decoration than actual protection.

I chose not to repose him, as I see the model yelling out orders and threats rather than having a fighting pose.

At the beginning of the campaign, I will field Night Goblins only though, and Grizlag will eventually absorb the tribe, wether the Night Goblin Warboss does this willingly or not, we'll see as the campaign goes on in the future... I will also start to cover some of my army progress here eventually, stay tuned! 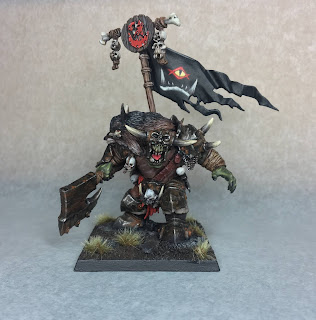 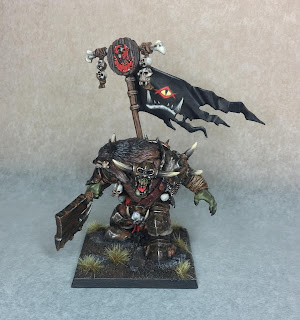 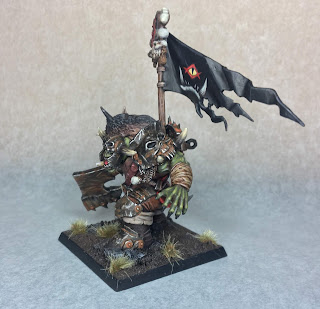 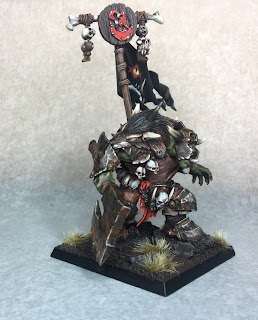 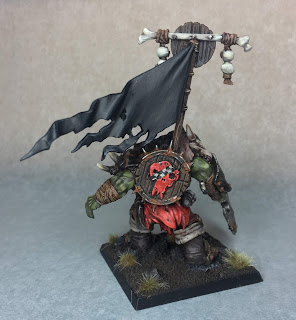 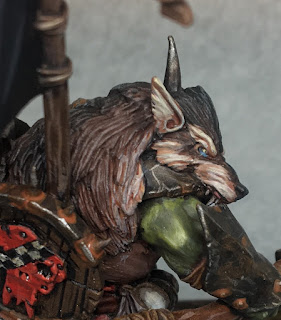 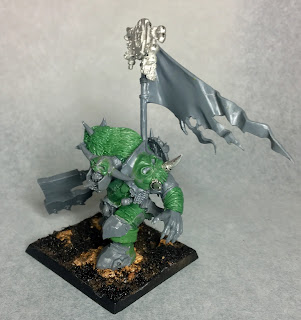 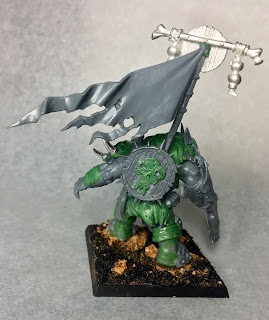 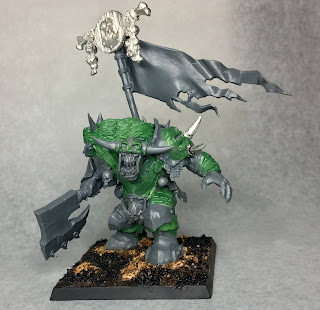