From the Age of Darkness he cometh...

I finished painting my Chaos Navigator, and he will have dual use for me.

I imagine he started his career in the 3rd Legion, and stuck with them during the Horus Heresy, traveling along with the Emperor's Children, surviving throughout the war, fled with the legion during the scouring, and while the Legion Wars commenced within the Eye of Terror, he became spoils of war, and this is how his service eventually ended up with Zarthek. 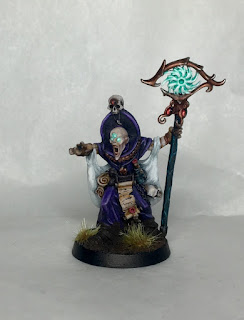 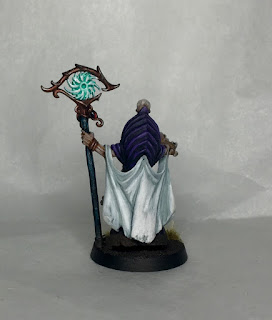 Instead of painting gritty rust-punk I went with a scheme closer to my Emperor's Children as well as my Inquisitorial Warband (although I did not imitate their bases...), which means I won't paint my Chaos Warband just as gritty as my Rad-Raiders.

He will accompany my Emperor's Children when I play 30K, but his mainstay will be with Zarthek, looking for the mythical Chronos Oculus...
kl. oktober 30, 2017